My assignment was to redesign a classic banned book of my choice in my Publication Design class at California State University Chico. After some initial research I decided to redesign George Orwell’s dystopian classic “1984”. I thought this novel would be the perfect book for me to re-conceptualize because I had just read it, and found that many of the tropes throughout the book held true to my reality experienced in 2018. 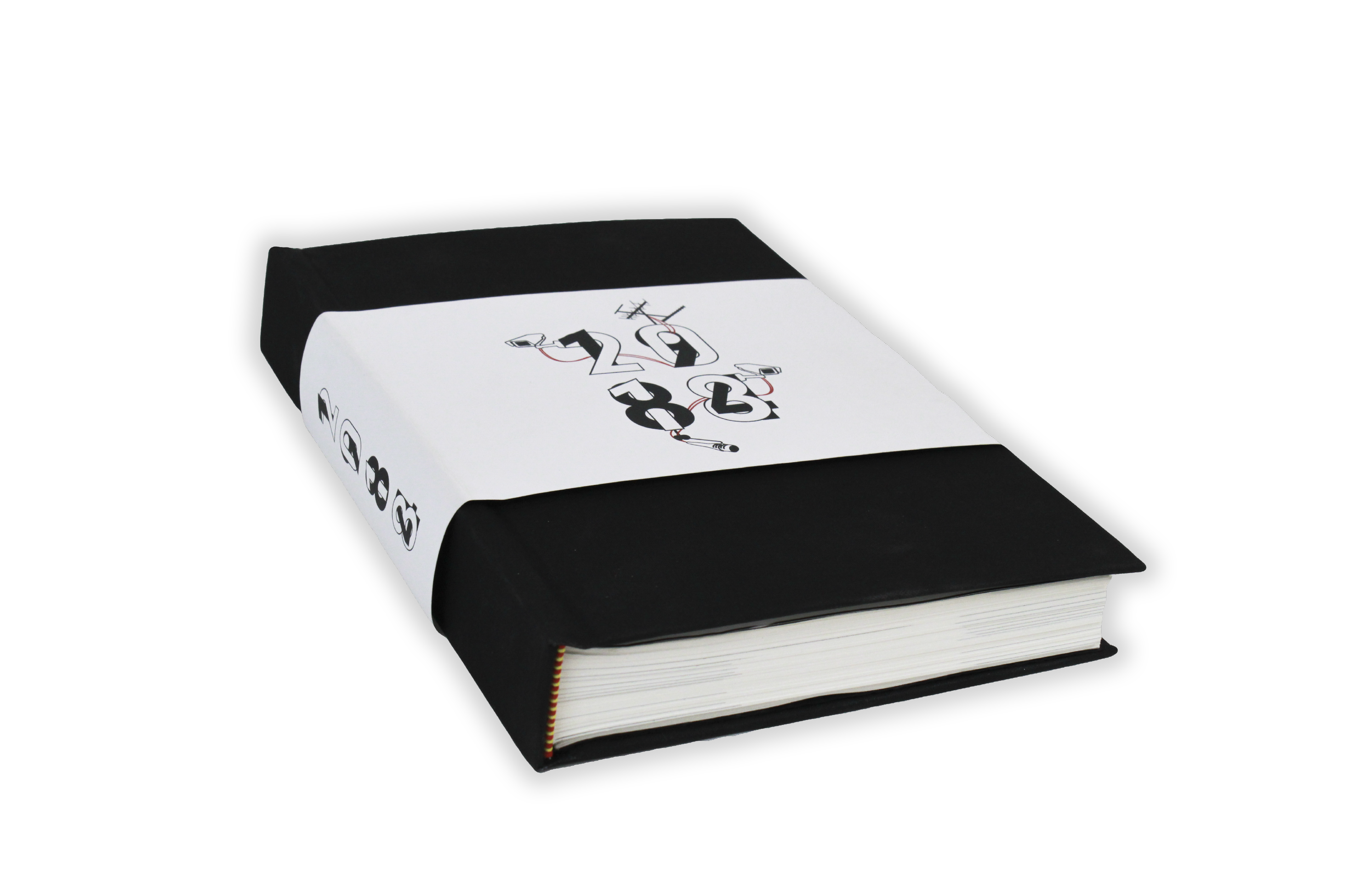 The book production process began with the tedious task of printing over 300 pages. This involved advanced document formatting, as well as a lot of patience due to printer errors. After the printing was done the next step involved folding each spread by hand, and sewing the pages together. With much trial and error I was able to find the most efficient way to bind the pages together in a timely fashion. As shown in the third photo from the photoset above, the last steps involved gluing the book board to the pages, as well as gluing the end sheets to the book itself.
‍

In my early sketches I began to introduce some design motifs that supported central themes of the book. I knew I wanted to put an emphasis on the increasing issue of privacy faced both in the novel and in our modern society. I chose to represent this through various electronic devices, such as video cameras and microphones. Here several renders of a security camera are experimented with. One night after brainstorming for some time over design ideas, I had an epiphany. The letterforms of 1984 and 2018 could perfect combine into one symbolic and memorable logo. It was at this moment I knew I was headed in the right direction. I quickly began to implement this motif into various designs and play with different iterations of the letterforms.